This author has not yet filled in any details.
So far admin4HKHTC has created 134 blog entries. 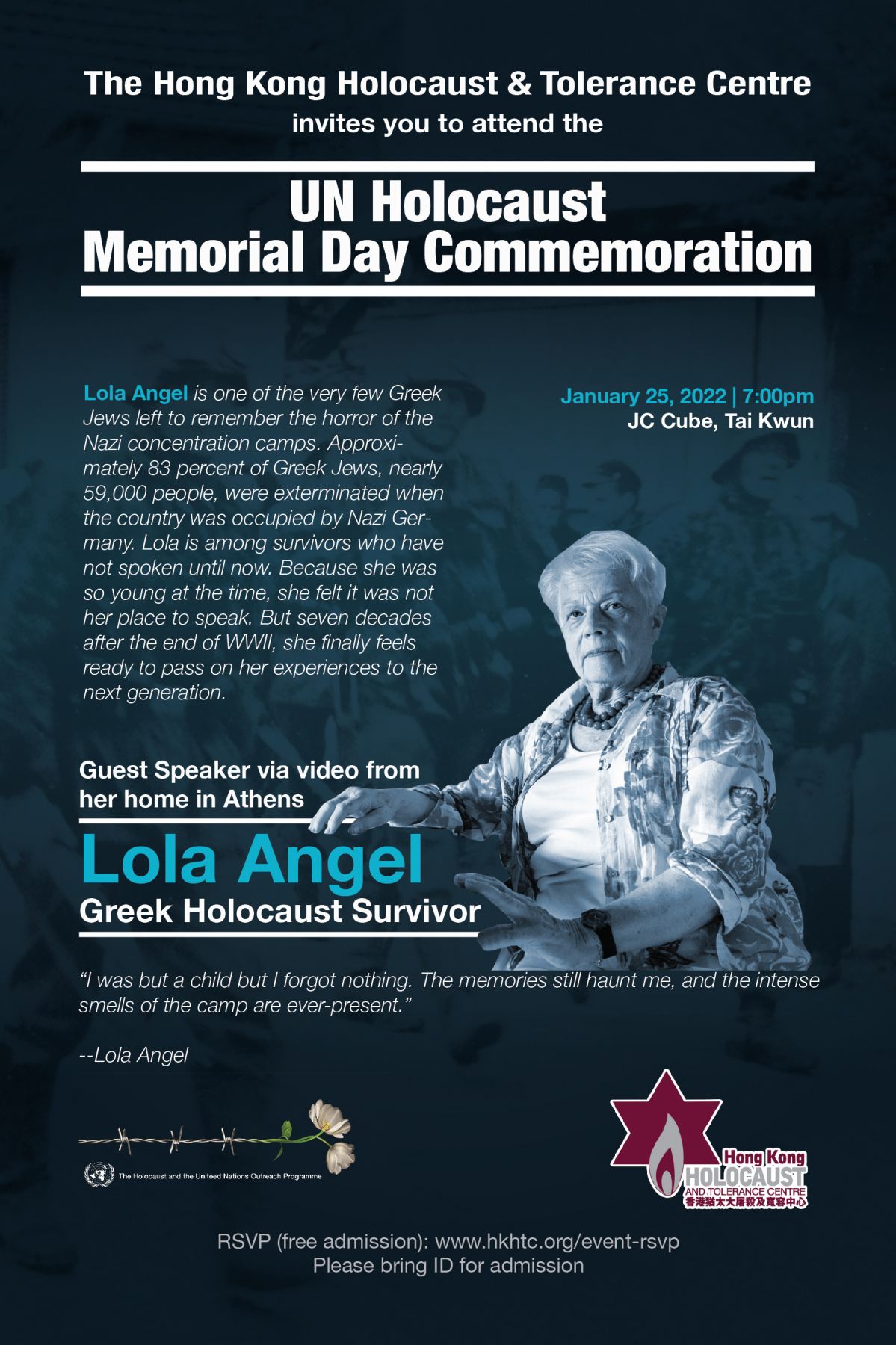 Facing History and Ourselves

Please consider supporting our vital work to educate about the Holocaust and promote tolerance. To donate, please click here.

Ida Goldiş wrote her last letter to her older sister Clara, on the eve of her deportation from the Kishinev ghetto to Transnistria.

In October 1941, Ida Goldiş née Bidus was deported from the Kishinev ghetto to Transnistria, together with her little son Vili and her younger sister Doba. Her husband, Yosef, was in a Romanian army labor battalion.

Ida, Vili and Doba were forced to make the arduous journey on foot together with the rest of the deportees from the ghetto.  Ida and Doba took turns carrying Vili on their backs, using a special harness that they had sewn for him.  In early 1942, the young child froze to death in the bitter cold, and his mother, who had lost the will to live, perished a few days later after drinking contaminated water.  Ida was 24 when she perished, and Vili was just three years old.

Ida had managed to smuggle the letter out of the ghetto via a non-Jewish messenger who worked with Doba in the bakery. The letter was given to Clara, who had remained in Romania. Clara and Doba (later Schwarz) survived.  They immigrated to Israel, and kept the letter. In 1979, Doba Schwarz submitted Pages of Testimony in memory of her sister Ida and her nephew Vili. Yosef also survived and immigrated to Israel.

The letter, written in Romanian, was donated to Yad Vashem by Doba’s daughter, Yehudit Shelly, who worked in the Yad Vashem Archives.

* Photo above of Ida Goldis from the Yad Vashem Archive

Please consider supporting our vital work to educate about the Holocaust and promote tolerance. To donate, please click here.

Fanya Barbakow wrote her letter from a bunker in Druja, to her sister Chaya and her brother Manos.Fanya Barbakow was born in 1923 in Druja, Poland (today Belarus).  Her parents Ze’ev-Velvel and Zisale had two boys and five girls: Chaim, Manos, Sonia, Bluma, Chaya, Fanya and Sima.  Ze’ev owned a flour mill, providing a good living for his family.

Fanya attended the local Polish schools, and in the 1940/41 academic year, while under Soviet rule, she was scheduled to complete her studies at the Russian high school.

The Barbakow family was incarcerated in the Druja ghetto together with all the town’s Jews.  Fanya’s sister Chaya Kagan (Barbakow) recalls:

“In the ghetto, Fanya walked with her head held high, filled with an inner confidence.  She encouraged the family and her contemporaries to present a proud Jewish front to the Germans. Fanya would often sing a song in Russian, expressing opposition to the Germans”.

In the Barbakows’ garden was a cellar used to store ice in the summer. The bunker where the family hid was dug out under the cellar. The hiding place was discovered during the liquidation of the ghetto in the summer of 1942, and all the people hiding inside were murdered.

The letter was written by Fanya over several days on a piece of paper in the bunker. On the reverse side, she added a few words in Yiddish, which were presumably written shortly before their hiding place was discovered.  Miron Vassiliav, a Christian friend of the family, found the letter and gave it to Fanya’s nephew, Zusia Berkman, after the war.  Zusia survived hiding in the home of a Christian farmer and later living with his father in the forests with the partisans. Fanya’s sister Chaya, who had been studying in Vilna, escaped to the Soviet Union when the Germans occupied Vilna, and survived.  Her brother Manos was evacuated to Siberia by the Soviets together with his wife, survived, and lived in the Soviet Union until his death in the 1970s.  Her brother Chaim managed to leave Druja and immigrate to Argentina before the war.

In 1979, Zusia Berkman submitted Pages of Testimony in memory of his family members murdered in the Holocaust: His mother Sonia Berkman (Barbakow), his sisters Rasia and Zeldaleh, his grandfather Ze’ev, his grandmother Zisale, and his aunts, Bluma Kruman (Barbakow), Fanya and Sima. After Chaya’s death, her children found a bundle of letters, including Fanya’s last letter, wrapped in cloth inside her wardrobe.  In 2007, Chaya’s children, Etta Feldman and Ze’ev Kagan, donated Fanya’s letter to Yad Vashem to be preserved for perpetuity.

In late May 2017, HKHTC’s Director of Education Simon Li and the Director of European Association of History Educators (EUROCLIO) Jonathan Evan-Zohar met together in The Hague to discuss strategies that can help history educators in Asia to develop meaningful and effective ways to enhance classroom teaching on the Holocaust and related WWII topics. Mr Li and Mr Evan-Zohar also discussed prospects of future collaboration between the two organisations.

EUROCLIO is an organisation that was established in 1992 at the request of the Council of Europe. It aims to foster the development of innovative and responsible history, heritage history and citizenship through developing critical thinking, incorporating diverse perspectives and worldview, as well as creating a community of mutual respect.

As the Amsterdam-based Anne Frank House’s Visiting Educator, HKHTC’s Director of Education Simon Li visited the Westerbork camp, which was a WWII Nazi detention and transit camp in Hooghalen, on the Liberation Day (Dutch: Bevrijdingsdag). In the Netherlands, Liberation Day is commemorated each year on May 5th to mark the end of the occupation by Nazi Germany during WWII. During the visit at Westerbork, Mr Li also met with local students and educators from the region.

The Hong Kong Holocaust and Tolerance Centre was in China on May 26 and 27, 2017. Holocaust survivor Henry Friedman was joined by HKHTC Director of Education Simon K. Li (Visiting Educator, Anne Frank House) and our Board Director Glenn Timmermans (Professor, University of Macau) to present workshops relating to Holocaust and genocide education. The conference was attended by hundreds of educators from different communities in South China.

HKHTC was proud to host a dialogue seminar with our guest Holocaust survivor Henry Friedman at the University of Hong Kong’s SPACE campus on May 22, 2017. It was a full house with dynamic audience from different generations. A very memorable evening and discussion.

Next Magazine’s coverage of HKHTC and Holocaust survivor Micha Gelber

HKHTC and our guest for the Holocaust Memorial Day event this year continue to receive local media coverage, including this feature article (click here) and this video (click here) which appear in the Next Magazine and its digital platform.